The History of Belmont Manor 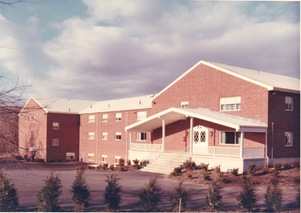 In November of 1967 Belmont Manor Nursing Home opened its doors. Edgar Karger was the founder and had been in the nursing home industry for over a decade. Mr. Karger was a contractor by trade and became interested in nursing homes when he built additions for older facilities. He then purchased, successfully renovated, and began operating three facilities in Massachusetts. He realized the need for a state-of-the-art nursing facility and set his sights on the town of Belmont, Massachusetts which didn’t have a nursing home and needed one. Shortly after Belmont Manor opened, Edgar sold his other facilities in order to concentrate on the daily operations of Belmont Manor until he retired in 1985. Belmont Manor still remains the only nursing and rehabilitation home in the town of Belmont.

The History of The Karger Family 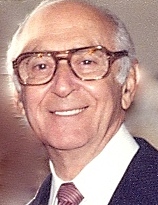 In keeping with the tradition of the family, Edgar’s daughter Susan joined the Belmont Manor family after graduation from college in 1975. Susan began as the clinical social worker for the facility and now holds the position of Admissions Coordinator.

Stewart Karger, Edgar’s son, joined Belmont Manor after he graduated from college in 1979. Stewart worked as an administrator in training. He became Belmont Manor’s full-time Administrator when his father retired.

From all in the office staff, nursing staff, aides, and even those who brought him his meals daily, we can’t thank you enough. May you continue to care for others like you cared for Dad. Thank you again for being a part of dad’s life to the end. By the smiles on Dad’s face—he loved you all as well.

The wonderful care that you and staff gave to Isabel can only be measured by the gratitude I feel in my heart. Please extend our sincere thanks to all who so lovingly and skillfully cared for her, especially those on Station 1. The nurses, the CNAs, the cleaning staff—they are all very special people. Please also extend our gratitude to the wonderful women in your “Salon..” They treat each and every resident with such respect, and they kept Mom looking great!